The Reality of Muslim-Jewish Relations in India 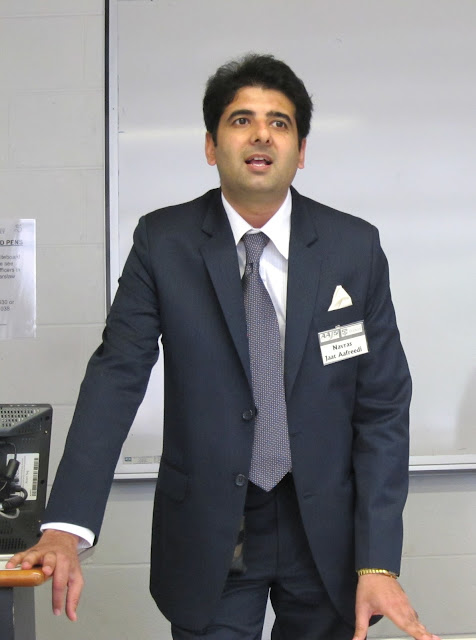 Anti-Semitism is on the rise among South Asian Muslims, India’s only Jewish studies scholar warned last week. However, in areas of India where Jews and Muslims have regular contact, they live in harmony, Dr. Navras Jaat Aafreedi said while speaking at Sydney’s Waverly Library for Encounters@Shalom.

“The tiny minority of Muslims which does have direct interaction with Jews – being neighbours in the cities of Mumbai, Kolkata and Ahmedabad – has an exceptionally pleasant and cordial relationship with them,” Dr. Aafreedi, an assistant professor at Gautam Buddha University, said.

“Personal acquaintance with Jews does not leave any room for negative stereotypes of Jews.” He explained that all Jews in India live within Muslim areas. “India is also the only place in the world where Jews can live in peace and in complete harmony with their non-Jewish neighbours,” he said.

He also noted that all synagogues in India have always been taken care of by Muslims and continue to be, while most of the students in the Jewish-run schools in India are Muslim. But matters were different on a macro scale, he said. “In recent decades there has been a rise in anti-Semitism among South Asian Muslims with the growing influence of Wahhabis in the country,” he explained, adding that all Sunni Islamic seminaries are funded by the Wahhabis. “It emanates from overly literal interpretations of the polemics of the Koran and the Hadiths [alleged sayings of Mohammad].”

Jewish global conspiracy theories were very common, Dr. Aafreedi said, as were anti-Israel protests. He added that fictional characters in English literature, such as Fagin from Oliver Twist, also fuelled antagonism towards Jews.

Dr. Aafreedi said “Yellow Journalism” [sensationalist journalism] in the south Asian Muslim press also went a long way in shaping the Muslim perceptions of Jews, Israel and Zionism. He gave an example of when he organised a Holocaust film retrospective in his home city of Lucknow, a major Muslim centre. “While it was in progress, the two largest-circulated Urdu-language newspapers in the city published front-page lengthy stories denying the Holocaust, with the aim of sabotaging the event.”

He added that the biggest factor in keeping India from establishing relations with Israel until 1991 “was the Muslim factor”.

Dr. Aafreedi, who called Jewish studies “a consuming passion”, also spoke about the work he is personally undertaking to promote Judaism in India.  This includes holding poster exhibitions, organising lectures with prominent Muslim intellectuals who speak against Holocaust denial, and adding Jewish-related content to his own teaching. Dr. Aafreedi was in Australia to speak at the Australian Association of Jewish Studies conference.
Posted by Dr. Navras Jaat Aafreedi at 22:27 1 comment: