Could the Taliban be genetically linked to the Jews? 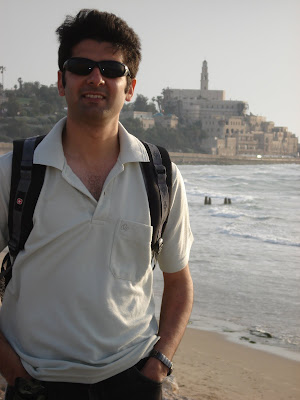 Israel has asked an Indian geneticist to study the link between the Indian Pathans tribe and certain tribes of Israel, the Times of India reported this week.

Geneticist Shahnaz Ali has been asked to study the link between the Afridi Pathans, based in the Lucknow region of India, and certain tribes of Israel who migrated across Asia thousands of years ago.

Ali is based in Haifa where she is working in collaboration with Israel's prestigious university the Technion - Israel Institute of Technology.

Some experts attribute Israel's decision to fund the research to a theory supported by many that Afghanistan's Pashtun fighters, the community from which the Taliban draw their strength, are descendants of Afridi Pathans.

This is not the first time speculations of a deep rooted connection between the two seeemingly unrelated people have been raised, yet this is the first time Israel's Foreign Ministry has decided to fund the research.

Ali has been genetically analyzing blood samples of the Afridi Pathans of Malihabad which she collected earlier to confirm their Jewish origin.

In an interview with the Times of India, Dr. Navras Aafreedi, a researcher in Indo-Judaic studies and one of the first proponents of the common origin theory in India said, "Shahnaz's research would be important if it does establish the genetic link between Pathans and Jews, as it could be seen as a scientific validation of a traditional belief about the Israelite origin of Pathans and can have interesting ramifications for Muslim-Jew relations in particular and the world at large."

The Pathans in India are believed to be descendants of the Ephraim tribe, one of the 10 Israelite tribes of the northern kingdom of Israel who were exiled by Assyrian invaders in 721 BCE.

Some descendants of these tribes lost tribes are said to have settled in India between 1202 C.E. and 1761 C.E., Afridi Pathans of Malihabad being one of them.

"Malihabad in Lucknow district is the only Pathan, or Pashtun, territory safely and easily accesible to those interested in the probable Israelite origins of Pathans. It is certainly not possible to collect DNA samples in Afghanistan or the Federally Administered Tribal Areas of the North West Frontier Province of Pakistan, where most of the Pathans or Pashtuns live," Aafreedi said.

There are few Pathans left in India, primarily at places like Malihabad near Lucknow and Qayamganj in Farrukhabad, all of who Aafreedi appoached for the academic research.

According to Aafreedi, the Afridi Pathans in India, even though they claim Israeli origin, are just as hostile and antagonistic towards Israel as Muslims anywhere else in the world.
Posted by Dr. Navras Jaat Aafreedi at 21:18